Senran Kagura 2: Deep Crimson (閃乱カグラ2 -真紅- Senran Kagura 2 -Shinku-) is a game for the Nintendo 3DS and is a direct sequel to Portrait of Girls and its re-release, Burst.

The story of Senran Kagura 2 focuses mainly on our heroines, the girls of Hanzō National Academy. Dogen is using the power of Yoma to wreak havoc on Japan and the girls must put aside their differences in order to stop him. It also includes the girls of the newly formed Homura Crimson Squad. The story reveals the identity of two new characters: a mysterious young girl named Kagura and her bodyguard, Naraku.

Senran Kagura 2: Deep Crimson is a direct sequel to Senran Kagura Burst, and the story starts immediately after the events of its predecessor.

The battle system is more akin to Burst (a 2.5D beat-em-up game), as opposed to Shinovi Versus. However, the biggest change that Deep Crimson brings to the table is the introduction of the pair-battle system, in which the player can swap between two characters any time during a battle and use special pair ninja arts and the addition of the Shinobi Chain, allowing to quickly move around the field by dashing to targeted enemies by tagging them.

A Lock-on mechanic has been added, which works in conjunction with the new Shinobi Chain to help you zip to your target. You can manually lock-on by pressing Up on the DPad and cycle targets with Left and Right.

The Flower of Balance and related Yin and Yang Masteries are gone, instead replaced by the ability to raise the Affection level between any two characters to improve the damage of their Secret Fusion Ninja Arts. The Limit Break ability has also been removed.

Frantic has gotten a big overhaul. Now you must be in your Transformed state and have maxed out your Ninja Arts meter to activate it. Entering Frantic mode still destroys your outfit (no cutscene for it this time, though) and increases your speed, gives you infinite Ninja Arts, and increases your strength the higher your combo is. The flipside is that you now constantly lose health. Once all enemies in the area are defeated, Frantic Mode ends and you stop losing health, but your Ninja Arts gauge drops to zero.

Additionally, unlike Burst, the battlegrounds in Deep Crimson are not restricted to a 2D plane. Rather, some battlefields are rendered fully in 3D (2.5D for others) and allow for free-roaming movement, similar to the PlayStation spin-offs. The series' signature clothes-ripping mechanic also returns, albeit a little more risqué than the scenes in Burst, as the breast physics and clothing destruction mechanics were improved. Additionally, Ikaruga's older brother, Murasame, makes his playable debut in this game.

The game also features both local and online co-op play, with both players being able to take on story missions or special missions specifically designed for multiplayer together.

Deep Crimson also features an augmented reality mode, in which the playable characters could be posed in a variety of ways against a real-life background. 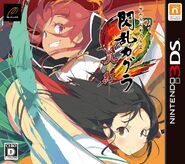 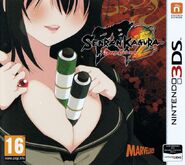 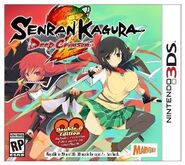 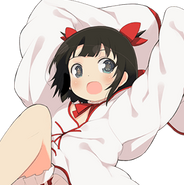 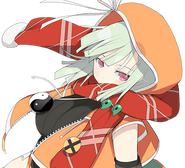 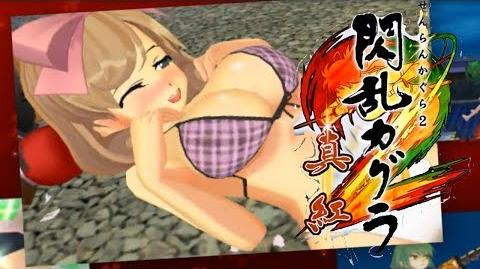 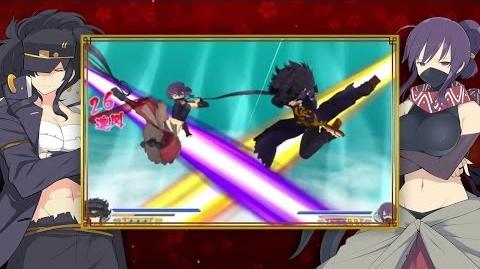 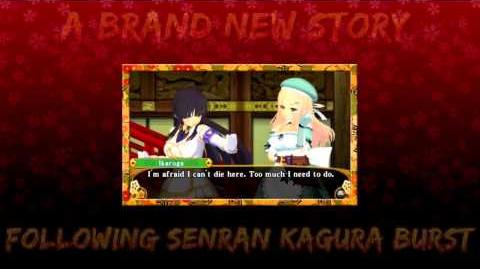 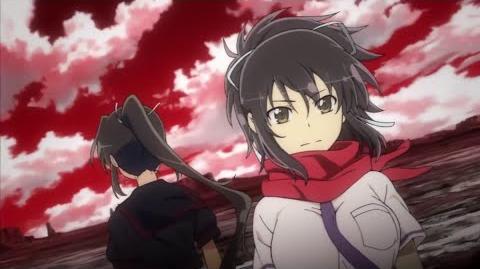