Senran Kagura: Peach Ball is a pinball game by Marvelous Entertainment and HONEY∞PARADE GAMES for the Nintendo Switch and Steam.

Haruka is working part-time at an arcade called Games Honey Marvelous. Today they are hosting a fighting game tournament of Shinobi Fighter V with the prize being a collection of gift certificates at the local food market. Asuka, Yumi, Ryōna, Murasaki, and Yomi are all participants in the tournament for various reasons.

Yumi and Asuka entered to test their reflexes. Murasaki and Yomi entered for the tournament prize, and Ryōna entered to get beaten.

Ryōna loses in the first round, and soon Asuka and Yumi are also knocked out of the tournament. It's time for the grand finals match between Murasaki and Yomi, when Ryōna decides to visit the bathroom.

Unable to find any soap, Ryōna instead finds some strange liquid stored high on a shelf and decides to use it instead. This liquid turns out to be Beastall, or a potion Haruka was developing because she was bored. It transforms Ryōna into a dog.

Ryōna rushes out of the bathroom and ends up spreading the Beastall and transforming the other shinobi except for Haruka.

Haruka sets up a Shinobi Barrier around the arcade to prevent disturbances, and recruit you, the Player to assist her as you were the only civilian who didn't run away when the commotion started.

She needs you to help her find the five shinobi and remind them that they are human before getting them on top of a pinball machine so that you can use the Peach Ball. The Peach Ball is a special orb Haruka developed that will release a mist that can reverse the effects of Beastall, but in order to work the Peach Ball must be vibrated a specific way. That specific way turns out to be pinball.

The game plays like a standard pinball game, with visual novel segments. The shoulder buttons move the flippers while the analog sticks can be used to tilt the table.

Before starting a game, you can turn on Assist Mode which starts you with more balls and sets the Bebeby Kicks to protect the outer lanes.

Upon a table loading the player is offered a selection of balls to use. The ball selected is used for the entire round. Balls are divided into two types: Yin and Yang. This property only affects the type of vibration generated by the controller. Balls with the Yin (陰) property have an intense vibration while balls with Yang (陽) properties have a lighter vibration and produce sounds using HD Rumble technology.

The player fills a bar by completing "Peach Missions" listed on the right side of the screen. When a segment of the bar is full the player has to hit the girl sitting on the top of the table to initiate a "Sexy Challenge." The challenge involves skill shots utilizing multiple balls in a circular arena while a timer counts down. When the timer reaches 0 an animation is played and the girl's clothing is damaged (or gets wet in the case of certain outfits.)

In Free Mode, sometimes the Super Sexy Challenge is replaced with the Secret Super Sexy Challenge, where the player is timed on how quickly they can hit the girl's breasts 15 times in a multi ball challenge in order to knock a scroll loose. This also resets the round, but the player is rewarded with an item. Once all items on a table have been obtained, zeni is awarded instead. 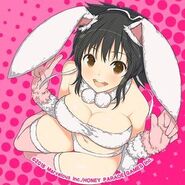 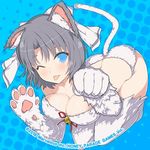 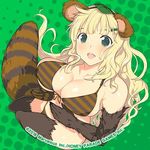 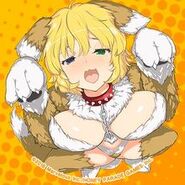 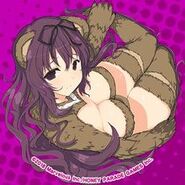