Senran Kagura: Estival Versus (閃乱カグラ ESTIVAL VERSUS - 少女達の選択, Senran Kagura Estival Versus - Shoujotachi no Sentaku) is a 3D Action Brawler for the PlayStation 4 and PlayStation Vita, developed by Tamsoft and published by Marvelous Entertainment. The game was released on March 26th, 2015 in Japan, March 15th, 2016 In North America[1] and March 18th, 2016 in Europe.[2] The Steam version was released on March 17th, 2017.[3]

It is the seventh game in the series, and the sequel to Shinovi Versus. It features 5 brand new characters, 3 characters who were previously unplayable, and 4 guest characters from other series, bringing the total playable character count to 34.

The flame that burns twice as bright burns half as long, and so it is with the lives of young shinobi. Death comes swiftly — for the lucky ones — and, for those still living, grief is a constant companion. Ryōbi and Ryōna, two shinobi twins of the Hebijo Clandestine Girls’ Academy elite, know that truth all too well, and they mourn their beloved older sister every day.

But, when a mystical phenomenon appears, drawing the shinobi world’s finest young ladies into a parallel dimension, everything they know about life and death turns upside down. Taken to a strange world resembling a warm summer island, the girls find themselves face to face with their departed loved ones.

The island’s mysterious mistresses challenge the girls, who hail from four rival schools, to a contest of strength and wits. The winning school, she promises, will not only learn the highest secrets of shinobi lore, but will also have the honor of laying their loved ones’ souls to rest.

The buxom beauties prepare for a new kind of battle, facing not only their rivals, but questions galore. Can the island's hosts be trusted? Will the other schools play fair, team up, or cheat? Will there be time to enjoy the beach before the fighting starts? Will anyone manage to keep their clothes intact? And… if they win, can they bear to be parted from their loved ones a second time?

Each character's costume has three parts: "Uniform," "Shinobi Outfit," and "Lingerie." Dress your favorite girl up in her best sexy outfit. Beat missions and earn grades to unlock hidden clothes, including the shinobi outfits of the opposing factions. From Pit Girl to Nurse, there are outfits to please everyone, and with an equally wide variety of accessories, each girl will have her own unique look.

Each girl has her own style of martial arts to beat her foes. Make use of both strong and weak attacks to perform powerful combinations. A Combo Meter keeps track of how many attacks you chain on enemies, and the higher your combo score, the more XP you gain. Large combos also unlock new moves to deal even more damage! When you send your enemies flying, you can follow them into the air to perform an Aerial Rave, dealing further combos and damage even while airborne. If your mission includes an NPC partner, you can even pair up with them to take airborne enemies down with a Fusion Aerial Rave.

take damage now and again. Each hit the girls take reduces both their health gauge and their costume's durability. Their outfits slowly tear off bit by bit until all durability is lost and they're left in nothing but their lingerie! To add insult to injury, the fewer clothes they have the more damage they take.

Each girl has a Ninja Art gauge which, when filled, lets that girl perform a "Shinobi Transformation." This unlocks each girl's true shinobi form and allows for powerful special attacks called "Secret Ninja Arts." These special attacks deal massive damage and have a wider range than normal attacks.

Returning from Shinovi Versus, the Flower of Balance allows the girls to attain special passive abilities through mastery of the three modes (Yin, Yang, Flash).

Changes from Shinovi Versus

The five Elite students of the Gessen Girls' Academy all studied under the infamous renegade shinobi Kurokage, who once fought to purge all evil from the world. Old age and love for his students eventually calmed his righteous fury, but that didn't stop his students from picking up where he'd long ago left off. In time, the girls' experiences with the other factions broadened their views of right and wrong, and today they struggle to reconcile their teachings and beliefs with the ambiguities of the outside world.

The legendary shinobi Hanzō earned his reputation by constantly fighting on the front lines, no matter his wounds, to protect his friends and allies. Now retired, he watches from the shadows as the school that bears his name passes his techniques and beliefs to a new generation. The five Elite girls of Hanzō National Academy study martial arts, and shinobi history, in order to preserve peace and happiness for everyone – even their archrivals. Their foremost student, Hanzō's granddaughter Asuka, spars constantly with her friends to make everyone stronger, and continually makes more friends everywhere she goes for that same reason.

Hebijo stands as a fire in the dark, at once a guiding light for the lost and a flame to burn the unwary. Those who have fallen from the straight and narrow often find their way to its gates, submitting themselves to a life of discipline, subterfuge and force. The school's five Elite students carry its banner with pride, ready to fight to the brutal death for its honor.

Homura and her four closest friends once served as the Elites of Hebijo Academy. When Dōgen, Hebijo's chief financier, tried to twist the school into a demonic ritual ground, Homura fought and killed him – by all appearances – then fled with her friends into hiding. For months, they lived a life of desperation together, working menial jobs to buy groceries by day, then training in their hideout by night, always on the lookout for hunters from their former school. Although Hebijo no longer hunts them, Homura and her friends have started to grow accustomed to the renegade lifestyle; for all its perils and poverty, it allows them to be shinobi on their own terms, and none of them would have it any other way.

Overseers of the Festival

Once every thousand years, a convergence of mystical forces brings about the Kagura Millennium Festival, whose Overseers take on the task of laying departed shinobi's souls to rest. This millennium, Hanzō's wife Sayuri has taken charge of the Festival, bringing together three shrine maidens and a particularly radiant soul to assist in the proceedings. Unbeknownst to all but her, the Festival is more than it appears to be. Deeper secrets lie beneath its lights and litanies, and if the up-and-coming shinobi students can prove they're ready to learn, those secrets just might change their fates – and the fates of many, many others… 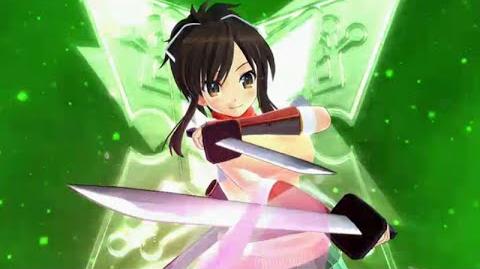 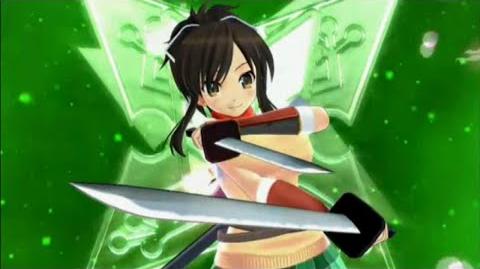 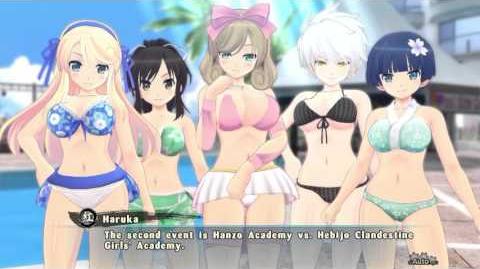 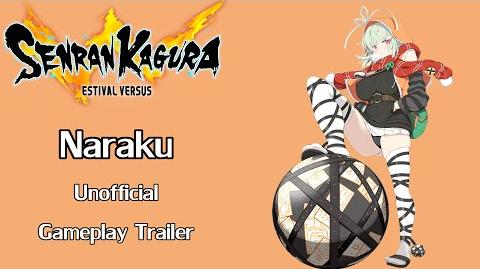 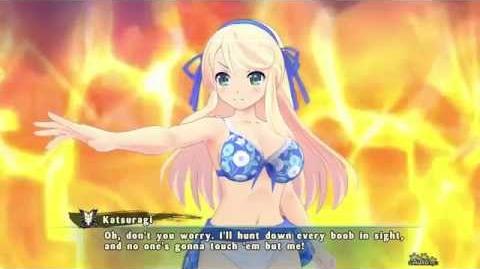